Courting on the walls of Derry

As part of our week long celebrations (Valentines and 5 years together ((other celebrations here)) we took a day trip to the historical city of Derry, right up on the very north coast of Ireland. Derry city has a 1.5km circular wall that runs around the old centre, it was built in 1613 and still has the cannons on it!

We thought it'd be romantic to walk the walls together - and it was! Despite the rain, cutting wind (which managed to wreck our massive golf umbrella in about 5 mins) and our bizarre lack of warm clothes, you think we'd know better lol 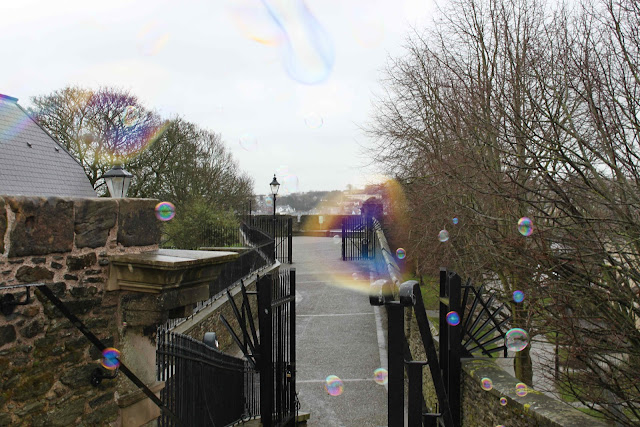 I had so much bubble fun too! The wind whipped them away so fast, along the wall spiraling up into the sky, they went for miles, I wish I'd taken a video. My sister has a friend who believes bubbles will change the world by bringing everyone together in childlike wonder! All I know is it was fun and made lots of people smile :) 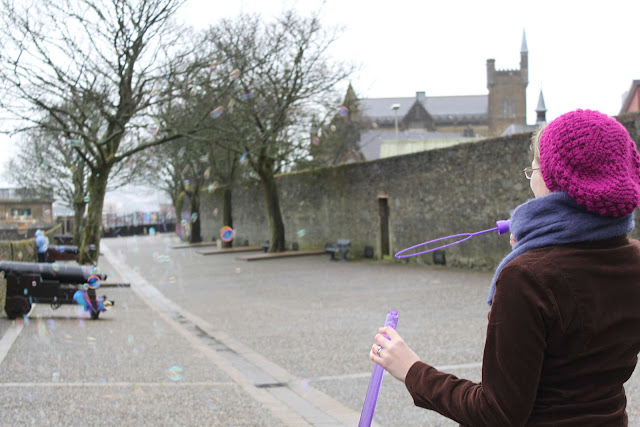 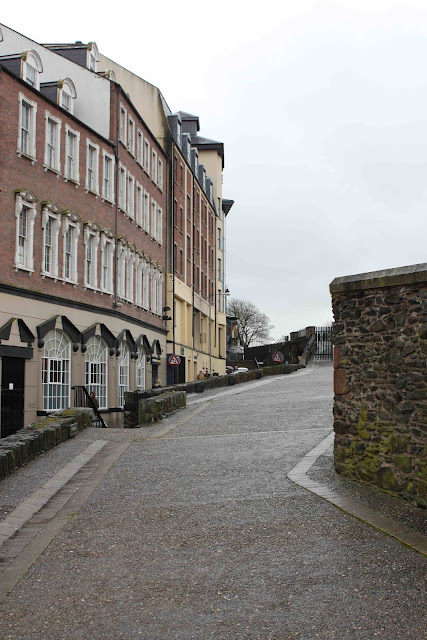 I thought it was amazing how the city has grown up around these walls. Once they must have been huge and imposing, now they seem like part of the road in parts, with buildings towering over them. Funny how things change...


'Courting' (incase you don't know - I didn't before I moved to Ireland) is an old fashioned notion/tradition where a young couple date under supervision of a matchmaker before getting married. Often the dates would be a walk were the couple could talk and get to know each other. I think lots of young couples would have courted on the walls of Derry :) 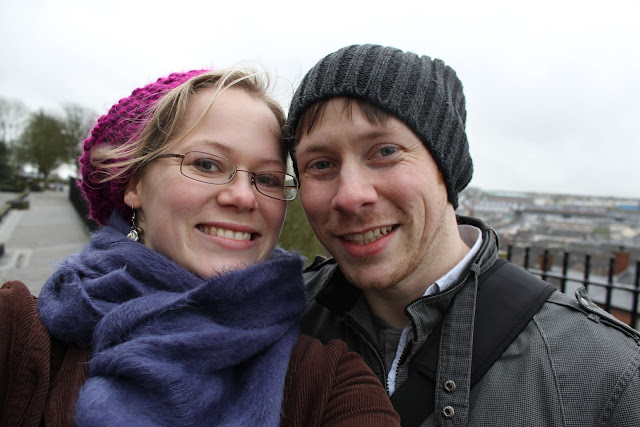