Irish beaches are the best :P

Al had told me about this beach on the west coast where he and his sister had learned how to drive when they were kids, I don't know why but I never imagined you would still be able to drive on it! No restrictions, no permits, no nothing! The road literally just turns into beach, I couldn't believe it! It's called Rossnowlagh Beach and it's one of Europes best blue flag surf spots, hard to imagine in the winter 7 meter waves frequently roll in! 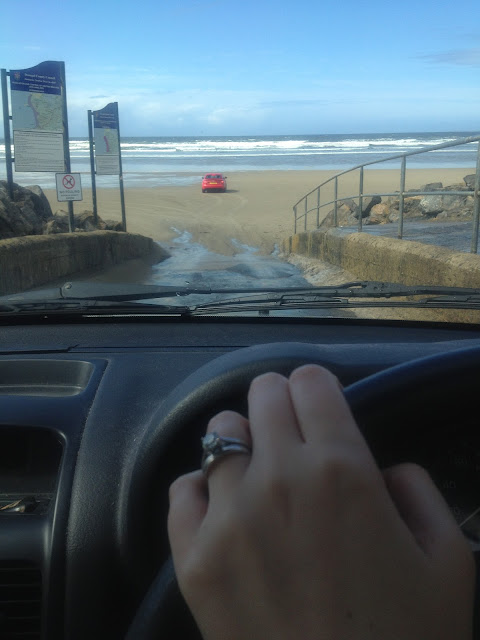 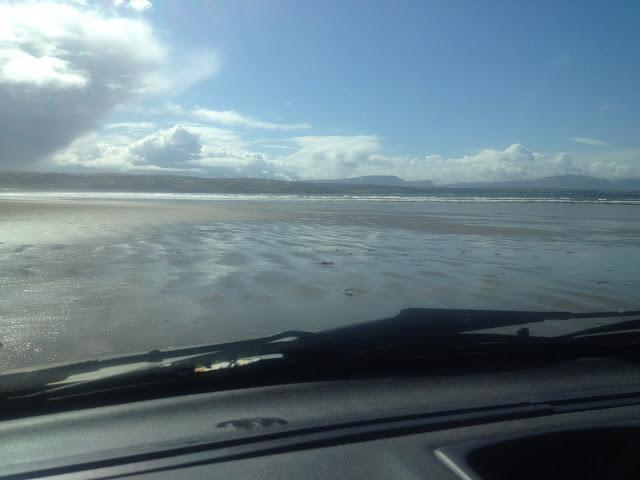 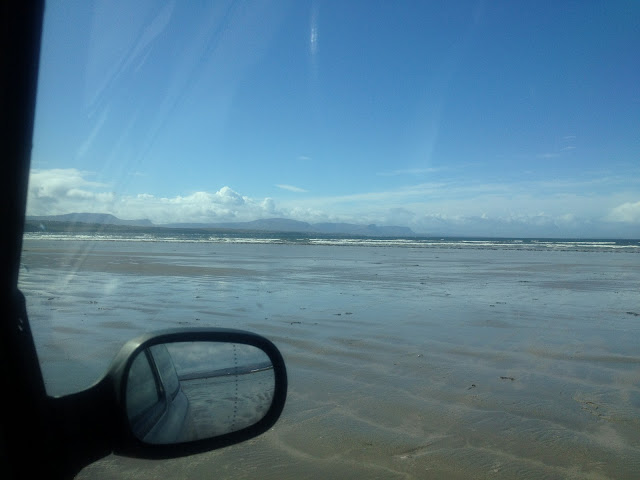 I had never driven on the beach before - it's so much fun! Especially when its a quiet day and you can just do what you want! I did some circles and big figure of 8's! The entire beach is tidal so the sand is pretty hard and you don't need a 4 wheel drive like most beaches. 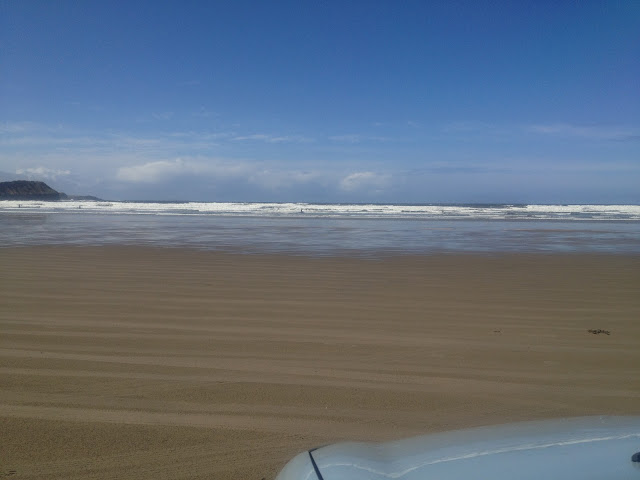 I tried a few times to get a good panoramic but they all went weird at the end! We stopped for a cup of tea and to write in the sand :) Thats our wee car there on the right btw, the super dirty one, we wash it about every 6 months :) 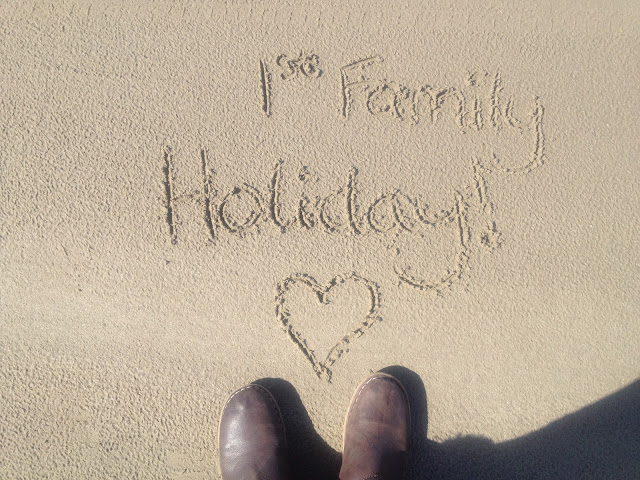 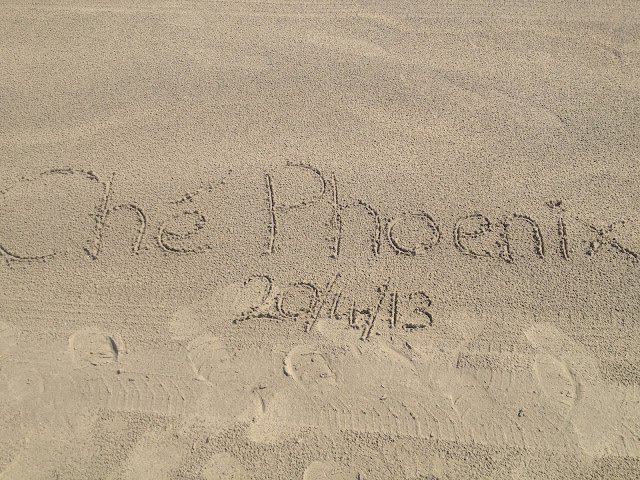 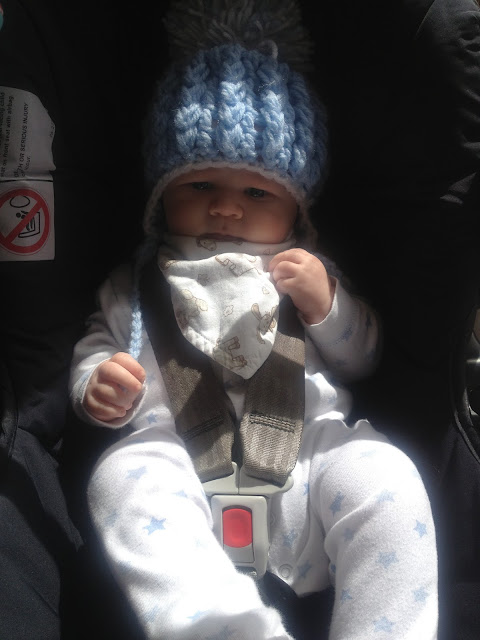 Ché Phoenix loves road trips, he sleeps most of the time we're in the car but not all of it, he looks out the window and kicks his crinkly chicken toy that we put at his feet. When we stop we always get him out for a wee cuddle, some fresh air and to take in the views, he really looks around and seems to know we're in a new place. He is such a smart, alert baby when I look at him I'm just so amazed that I grew him LOL